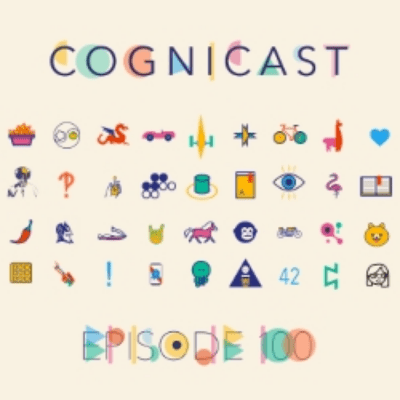 Cognitect hit a pretty impressive milestone this week that deserves some celebration - we released our 100th Cognicast (the Cognitect podcast for those of you not yet in the know).  As our esteemed host Craig Andera likes to say, he "just decided to do it one day, and we have so far failed to stop."  But I think that shortchanges the quality of what's come out of it.  While we didn't have a particular goal when this started, I have grown to really appreciate the humanity of the series; as Craig says himself, the Cognicast is about "software and the people that make it."  As a listener and occasional guest, what I love about the Cognicast is my ability to walk away from each new episode knowing someone in the software community in ways I never would have known them just by reading their code or their blog, or sometimes even working side by side with them.

It's been particularly rewarding to come to know some of the guests better, some even going so far as to join the company.  In particular, though, I enjoy listening to Craig and the guests delve into topics well outside of the normal technical discussions, sometimes even surprising themselves in what they are willing to tackle live on the air.  The technical ties make the theme; the humanity is what makes it compelling.

Congrats to the entire crew that works on the podcast, Craig, Russ, Kim, Michael and Daemian - they put in an incredible amount of effort, and I, for one, can tell.

If you're not a listener yet, you can find the Cognicast here, or subscribe via your podcast app.